Won't You Be my Neighbor? 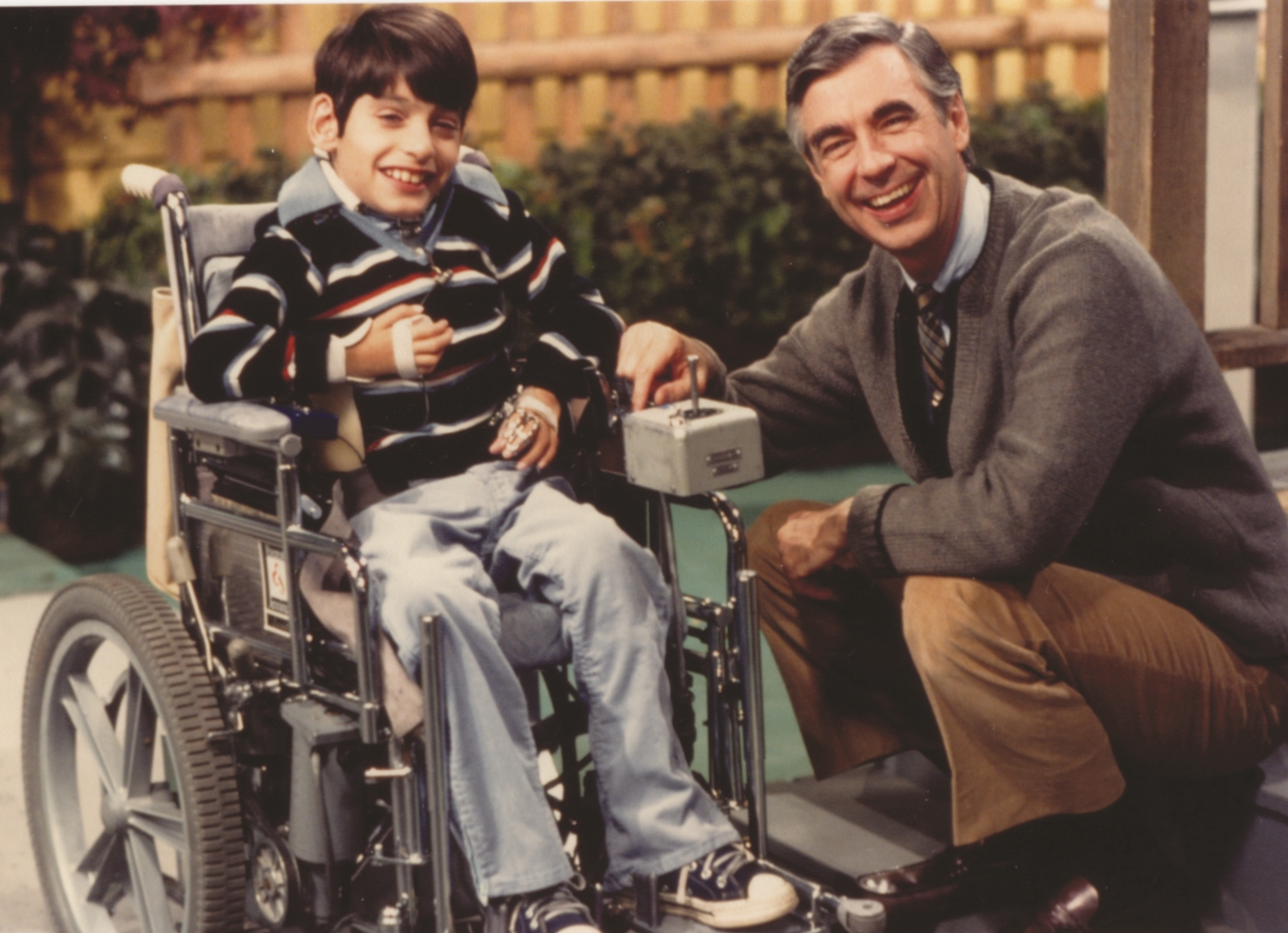 We all have our heroes.

Some of them are athletes. Ernie Banks. Walter Payton.
Some of them are fictional. Winne the Pooh. Frodo Baggins and Sam Gamgee.
Some are intellectuals. Rambam. Spinoza.

All of the people or characters whom I think of as my heroes have something in common. They have taught me something important that goes beyond the accomplishments that brought them fame. Ernie Banks taught me to appreciate the world God gave us. Walter Payton taught me about loyalty, perseverance and living my values.

I also have at least two heroes who were teachers. Janusz Korcazk and Fred Rogers. I will write about Korczak soon. Last night I gave myself a treat and went to see the film Won't you be my neighbor? It tells the story of Fred Rogers and Mr. Rogers' neighborhood. I should have brought a tissue.

I am not writing a full review of the film. You can find A.O. Scott's New York Times review here.

I didn't discover Mr. Rogers and his neighborhood until I was a little too old to be his primary audience. He would say that I am still his primary audience. When she was little, my sister Leslie like to watch Daniel Striped Tiger and X the Owl in the Land of Make Believe. I was 10 or 11, old enough to know it wasn't really for me, but not so jaded that I didn't love to watch it. Sometimes I would watch it without Leslie there.

It wasn't until I became a camp counselor (when Leslie was 10) that I began to understand what Mr. Rogers had taught me. And I didn't realize HE had been the one to teach it to me until I met one of his biggest friends (fan seems an incomplete term).

If you see the film, you will meet Jeffrey Erlanger. He is the young man in the motorized wheelchair who appears on the television show as a little boy and again during the credits when he surprised Mr. Rogers during his induction to the Television Hall of Fame. You can read about Jeff's friendship with Fred Rogers here.

I was blessed to have Jeff as a camper in my cabin during his first summer at Olin Sang Ruby Union Institute. It wasn't always easy, but it was truly a blessing.Our first day, we sat the guys in a circle in the cabin and Jeff invited them all to ask him any questions they wanted about him, his physical condition and his chair. It took all of three minutes before they were bored of talking about his condition. Once they knew what they needed to be cautious about, they were only interested in getting to know all of their new friends, of whom Jeff was one.

Except for the physical assistance he required, none of the boys - including Jeff - acted, spoke or made us counselors feel like he was any different than the rest of them. It was awesome. I cannot claim the credit. Camp is camp and kids are kids. No one told them anything strange was happening, and so nothing did.

Until the day one of the kids asked me if I thought Jeff really knew Mr. Rogers. It seems that one night after the counselors had left he told them that when he was little, his family had driven to Milwaukee, stayed at a hotel and ate lunch with Mr. Rogers. Wow. Some of the boys were certain it could not be true. Others were convinced it was.

So we talked about it at Minucha - rest time. Jeff described the event. He told us that Mr. Rogers was his friend. He had been since the first time Jeff had seen him on TV. The doubters took that to mean that Jeff had imagined a real relationship. My co-counselors and I looked at each other. They shrugged, which I took to mean I had to pass judgment.

I asked the boys "Has Jeff said or done anything to make you think he is dishonest? Has he ever lied to you, or promised to do something that he then did not do? Has he ever let you down?"

They all said no.

I asked them if any of them had ever done any of those things in the week we had been together.

They all said no.

I said "I don't know whether Jeff really met Mr. Rogers in Milwaukee. I do know that Mr. Rogers always calls everyone he meets or who sees him on television his friend. From what I understand, Mr. Rogers always really means it. He is always glad to meet a friend. I also know that Jeff has always been honest and real with all of us. So if he says it happened, that is all the proof I will ever need."


The show in which Jeff appeared aired about a year later. I have no memory as to whether it had been taped before we shared a cabin in Oconomowoc, Wisconsin. I do know that it proved to any doubters that as we already knew, Jeff had told the truth. And that he would never treat his friends - us - any way other than honestly, openly and authentically.

I cried when I watched the film. Seeing all of Fred Rogers' work in one sitting like that was overwhelming. I recommend reading some of his writing. It is essential reading for educators and parents. I also cried because seeing Jeff on the screen reminded me not only of him, but of all of my campers over the years and how knowing each of them impacted who I am today.
Thanks Jeff.
Thanks Mr. Rogers.
Thanks for reminding me that camp is for the campers.
That the experience of our learners is more important than any one datum.

It's you I like.
Posted by Ira J. Wise at 5:16 PM
Labels: Children, Education, Heroes, Jeff Erlanger, Mr. Rogers